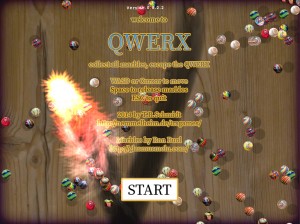 A small arcade-style game I created in a few days. Collect Marbles while avoiding the QWERX.
Attached marbles increase your inertia.

Each level you have to collect an additional mable. 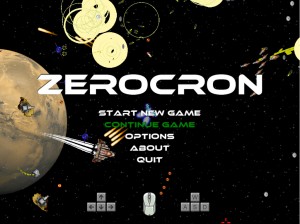 A straightforward action-packed, classic shoot-em-up, a twin-stick-shooter, to be more precise. Developed since 2002, now 99% finished (working on the extro).

Inspired by Transplant (Amiga), Asteroids (obviously) and a bit of Xenon 2.

Featuring 99 levels, bosses, a lot of enemies, explosions and a shop to power up your ship after each level.

Lots of work went into this game. 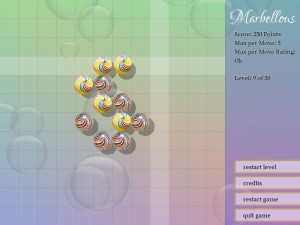 Started as a small browser-puzzlegame created mostly in 2011, I recreated it from scratch in 2014. Now it´s nearly finished (needs more levels).

Your mission is to clear the playfield of all marbles by connecting more than two marbles of the same color – while avoiding to leave less than three. Connecting more marbles with one move gives more points. 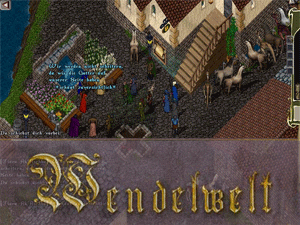 My largest project was building and maintaining an Ultima-Online-Freeshard from scratch using RunUO and the original Ultima-Online-Client as a basis. It was a lot of fun watching players run around in the world I created (some played it daily for years!), but consumed an incredible lot of time. After about 6 years (2004 – 2010) I left the project, mostly out of time reasons but also to finally do something new.

It´s still online and playable for free at http://www.wendelwelt.net (german only, sorry). 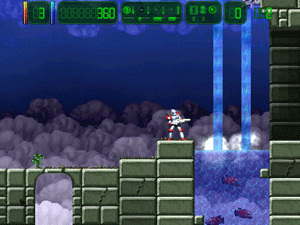 Between 2003 and 2007 a small team called Poke 53280 created a Turrican-Clone called Hurrican. For this game, I designed three levels, Tower, Cave and Spacestation (and an unfinished Alien-level),  which were modified more or less before the release. Also I did some additional graphics and concept-designs, most got re-rendered, since I created pixel-graphics and Hurrican was raytraced. It was very interesting to see how much work and time went into a mere jump´n´run, but the efforts where worth it, Hurrican was very successfull.

And it´s still available as freeware. 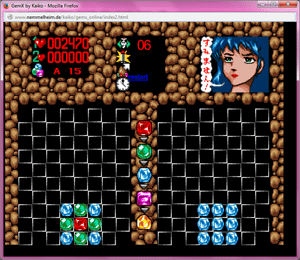 One of my first experiments in programming games (in about 1999…) was a Gem´X-clone. Gem´X is, as you most probably do not know, quite a good puzzle game, released in 1991 for the Commodore Amiga by Kaiko.

I didn´t touch it for years, but it still seems playable online in Firefox. Only the SID-Plugin which I used to play the background-music is not compatible with modern browsers.